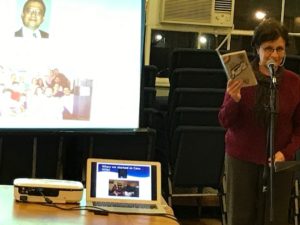 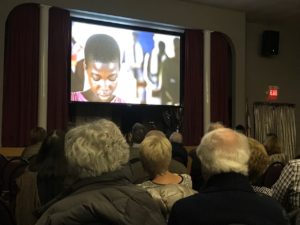 We were delighted to have the Websters as our Torah readers during the High Holidays at the Neve Shalom Synagogue in Suriname. Moriyah and Yehudah, a father and son team, conducted one of the most memorable Rosh Hashanah services I have ever attended. This year we had a “full house”: more than 70 members and some international guests attended the services.

The afternoon Tashlich along the Suriname river was also attended by more than 20 participants.

Tashlich is the ritual performed at a large, natural body of flowing water such as river, lake, sea, or ocean, on the afternoon of Rosh Hashanah. The ritual is performed with small pieces of bread which are thrown into the water to symbolically cast off our sins. The ceremony includes reading the source passage for the practice, the last verses from the prophet Micah (7:19), “He will take us back in love; He will cover up our iniquities. You will cast all their sins into the depths of the sea.”