“Kulanu” means “all of us”. The name reflects our Mission: to support isolated, emerging, and developing Jewish communities around the world to help them to be part of the global community. Kulanu Canada is a registered charity with a volunteer board of directors. Our goals include bringing awareness of these peoples to our own Jewish community and expanding the assistance available to them from Jews and Jewish organizations.

Kulanu has: sent rabbis from North America to work with and educate Jewish communities from Madagascar to Guatemala, set up Jewish schools; donated computers and provided internet access; supplied books and other educational material to support Jewish learning; donated food for Passover and for Shabbat; provided tutors in Hebrew, prayer and liturgy via Skype.

Kulanu Communities: From the hidden Jews of Ethiopia, to the returning Jews of Southern Italy, to newlu converted Jews from Guatemala or those emerging in Ghana, Communities choose if they wish assistance and tell us what they need. Examples:

Anousim (Hebrew, meaning “the forced) who are now returning to Judaism

Some partner communities are returning to their Jewish roots, such as the B’nei Anousim, whose ancestors were forced to convert to Christianity in Spain, Portugal, and Italy since the 15th century. Some have continued to practice Judaism in secret. Today, their descendants can be found across the Spanish and Portuguese speaking world, in Southern Italy and in the Southwestern United States. It is not unreasonable to estimate that there are several million Anousim, as people find their historical roots and seek out their Jewish identity.

Many Jews belong to communities that have been practicing for centuries but are isolated from the rest of world Jewry. Did you know that Jews have been living in China for over 1500 years? Today a small community in Kaifeng, the ancient capital and original site of Jewish trade and settlement, practices Judaism. DNA testing has revealed a Kohen, or priestly gene, among the Lemba, a Bantu-speaking people of southern Africa who follow many traditional practices like avoiding pork (or hippopotamus), circumcision, and keeping the Sabbath, and have long believed they arrived from Israel. The Jews of Suriname are descendants from Dutch, Portuguese and Spanish Jews, mixed with early arrivals from Africa, India and elsewhere, and though a small community, they have a strong and vital commitment to Judaism and their Jewish heritage.

The Ibo of Nigeria and the Lemba of Zimbabwe are two examples of people who have always connected with ancient Israel, learned beliefs and practices from their elders that differentiated them from their neighbors and realized they are from Israel. Now they want to be part of the modern or mainstream Jewish world.

Emerging Communities, from other faiths, these are Jews by choice

Other communities have embraced Judaism often in complete isolation, but after seeking for a spiritual connection and finding Judaism suits their personal and community perspectives, they seek  Kulanu’s assistance. One such community is the Gogodala tribe in Papua New Guinea, which may even be descended from the Tribe of Dan, but has just begun the required course of study towards a formal conversion. Some communities have gone through formal conversions with Kulanu support, and these include the Ugandan Abayudaya, who developed a Jewish practice over the course of a century. We have sent rabbis to study and teach Cameroon’s Beth groups that embraced Judaism. In recent years Kulanu is assisting new communities in Kenya, Guatemala, and Madagascar.

In total, Kulanu US and Kulanu Canada have connected with more than fifty communities around the world.

Please donate to KulanuCanada so that we can help our existing and re-emerging Jewish communities throughout the world. 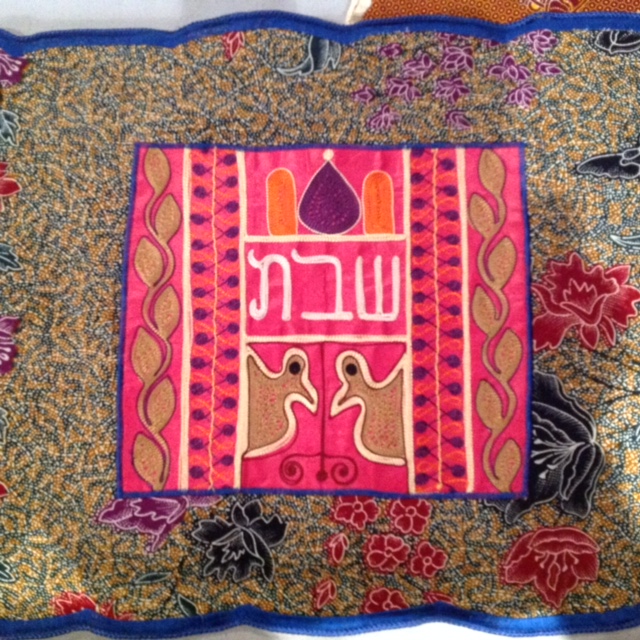 Funds from these sales will help to update the guest accommodations in Sefwi Wiaso, a remote village in western Ghana where a small Jewish population lives in a quarter of the village called New Adiembra. Challah covers are $40 each, and no two challah covers are the same. Click here for instructions on how to order.

Read archived newsletters about the Jewish community in Suriname by Jacob Steinberg, a Kulanu Canada board member.