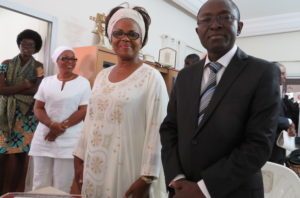 (JTA) — Avraham Yago, a married father of five who works as a linguistics professor at the University of Abidjan in the West African nation of Cote d’Ivoire, has visited Israel four times to learn about Judaism and practice his Hebrew.

Yago, 64, grew up without any religious affiliation. As a teenager, however, he embarked on a religious journey that led him, by way of Christianity as well as studies at the Kabbalah Center in Abidjan, to Judaism.

“For me, the Torah is the truth,” he told JTA from Abidjan, the country’s largest city.